Eating Our Food is Good For Your Health!

Below are some of the health benefits of some of the ingredients we use in our foods, as reported in different studies and publications:

For about 20 years, we’ve known that many phytonutrients work as antioxidants to disarm free radicals before they can damage DNA, cell membranes and fat-containing molecules such as cholesterol. Now, new research is revealing that phytonutrients in crucifers, such as cabbage, work at a much deeper level. These compounds actually signal our genes to increase production of enzymes involved in detoxification, the cleansing process through which our bodies eliminate harmful compounds.

Cauliflower and other cruciferous vegetables, such as broccoli, cabbage and kale contain compounds that may help prevent cancer. These compounds appear to stop enzymes from activating cancer-causing agents in the body, and they increase the activity of enzymes that disable and eliminate carcinogens.

Garbanzos (also called chickpeas) are a good source of cholesterol-lowering fiber, as are most other beans. In addition to lowering cholesterol, garbanzos’ high fiber content prevents blood sugar levels from rising too rapidly after a meal, making these beans an especially good choice for individuals with diabetes, insulin resistance or hypoglycemia. When combined with whole grains such as rice, garbanzos provide virtually fat-free high quality protein. But this is far from all garbanzos have to offer. Garbanzos are an excellent source of the trace mineral, molybdenum, an integral component of the enzyme sulfite oxidase, which is responsible for detoxifying sulfites.

The flesh of cucumbers is primarily composed of water but also contains ascorbic acid (vitamin C) and caffeic acid, both of which help soothe skin irritations and reduce swelling. Cucumbers’ hard skin is rich in fiber and contains a variety of beneficial minerals including silica, potassium and magnesium.

Fava beans are especially high in fiber (85% of the RDV), and also high in iron (30% of a day’s requirement), and very low in sodium. Additionally, they contain no cholesterol and are low in fat. While the nutrition and health benefits of fava beans are quite impressive, they are also countered by the fact that favas do contain 50 grams of total carbohydrates and almost 300 calories per 3/4 cup serving.

Garlic: (Used in most of our dishes)
(1 clove contains 4 calories, 0.1g dietary fiber)

Whole books have been written about garlic, an herb affectionately called “the stinking rose” in light of its numerous therapeutic benefits. A member of the lily or Allium family, which also includes onions, garlic is rich in a variety of powerful sulfur-containing compounds including thiosulfinates (of which the best known compound is allicin), sulfoxides (among which the best known compound is alliin), and dithiins (in which the most researched compound is ajoene). While these compounds are responsible for garlic’s characteristically pungent odor, they are also the source of many of its health-promoting effects. In addition, garlic is an excellent source of manganese, a very good source of vitamin B6 and vitamin C and a good source of selenium.

Green beans, while quite low in calories (just 43.75 calories in a whole cup), are loaded with enough nutrients to not only power up the Jolly Green Giant, but to put a big smile on his face. Green beans are an excellent source of vitamin C, vitamin K and manganese. Plus green beans are very good source of vitamin A (notably through their concentration of carotenoids including beta-carotene), dietary fiber, potassium, folate, and iron. And, green beans are a good source of magnesium, thiamin, riboflavin, copper, calcium, phosphorus, protein, omega-3 fatty acids and niacin.

Want to color your life healthy? Brightly colored bell peppers, whether green, red, orange or yellow, are rich sources of some of the best nutrients available. To start, peppers are excellent sources of vitamin C and vitamin A (through its concentration of carotenoids such as beta-carotene), two very powerful antioxidants. These antioxidants work together to effectively neutralize free radicals, which can travel through the body causing huge amounts of damage to cells. Free radicals are major players in the build up of cholesterol in the arteries that leads to atherosclerosis and heart disease, the nerve and blood vessel damage seen in diabetes, the cloudy lenses of cataracts, the joint pain and damage seen in osteoarthritis and rheumatoid arthritis, and the wheezing and airway tightening of asthma. By providing these two potent free radical destroyers, bell peppers may help prevent or reduce some of the symptoms of these conditions by shutting down the source of the problem.

Lentils, a small but nutritionally mighty member of the legume family, are a very good source of cholesterol-lowering fiber. Not only do lentils help lower cholesterol, they are of special benefit in managing blood-sugar disorders since their high fiber content prevents blood sugar levels from rising rapidly after a meal. But this is far from all lentils have to offer. Lentils also provide good to excellent amounts of six important minerals, two B-vitamins, and protein-all with virtually no fat. The calorie cost of all this nutrition? Just 230 calories for a whole cup of cooked lentils. This tiny nutritional giant fills you up–not out.

Olives are concentrated in monounsaturated fats and a good source of vitamin E. Because monounsaturated fats are less easily damaged than polyunsaturated fats, it’s good to have some in our cells’ outer membranes and other cell structures that contain fats, such as the membranes that surround the cell’s DNA and each of its energy-producing mitochondria. The stability of monounsaturated fats translates into a protective effect on the cell that, especially when combined with the antioxidant protection offered by vitamin E, can lower the risk of damage and inflammation. In addition to vitamin E, olives contain a variety of beneficial active phytonutrient compounds including polyphenols and flavonoids, which also appear to have significant anti-inflammatory properties.

Onions, like garlic, are members of the Allium family, and both are rich in powerful sulfur-containing compounds that are responsible for their pungent odors and for many of their health-promoting effects. Onions contain allyl propyl disulphide, while garlic is rich in allicin, diallyl disulphide, diallyl trisulfide and others. In addition, onions are very rich in chromium, a trace mineral that helps cells respond to insulin, plus vitamin C, and numerous flavonoids, most notably, quercitin.

Parsley The delicious and vibrant taste and wonderful healing properties of parsley are often ignored in its popular role as a table garnish. Highly nutritious, parsley can be found year round in your local supermarket.

We all know that Popeye made himself super strong by eating spinach, but you may be surprised to learn that he may also have been protecting himself against osteoporosis, heart disease, colon cancer, arthritis, and other diseases at the same time. Read more

Tomatoes: (In most of our dishes, in both fresh and paste form)
(1 oz contains 5 calories, 0.3g dietary fiber)

In the area of food and phytonutrient research, nothing has been hotter in the last several years than studies on the lycopene in tomatoes. This carotenoid found in tomatoes (and everything made from them) has been extensively studied for its antioxidant and cancer-preventing properties. The antioxidant function of lycopene-its ability to help protect cells and other structures in the body from oxygen damage-has been linked in human research to the protection of DNA (our genetic material) inside of white blood cells. Prevention of heart disease has been shown to be another antioxidant role played by lycopene.

Turmeric: (Used in most of our sauces)
(1 tsp contains 8 calories, 0.5g dietary fiber)

Turmeric (Curcuma longa), the bright yellow of the spice rainbow, is a powerful medicine that has long been used in the Chinese and Indian systems of medicine as an anti-inflammatory agent to treat a wide variety of conditions, including flatulence, jaundice, menstrual difficulties, bloody urine, hemorrhage, toothache, bruises, chest pain, and colic.

Here’s a diet “do” that may help keep your bladder cancer-free. Start your day with some yogurt. Later, have some more for a snack. Compared with their peers who never ate yogurt, people in a study who ate two or more servings daily had almost a 40 percent lower risk of bladder cancer. Talk about an antiager! 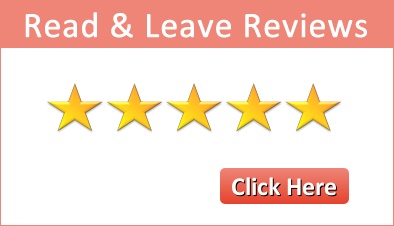